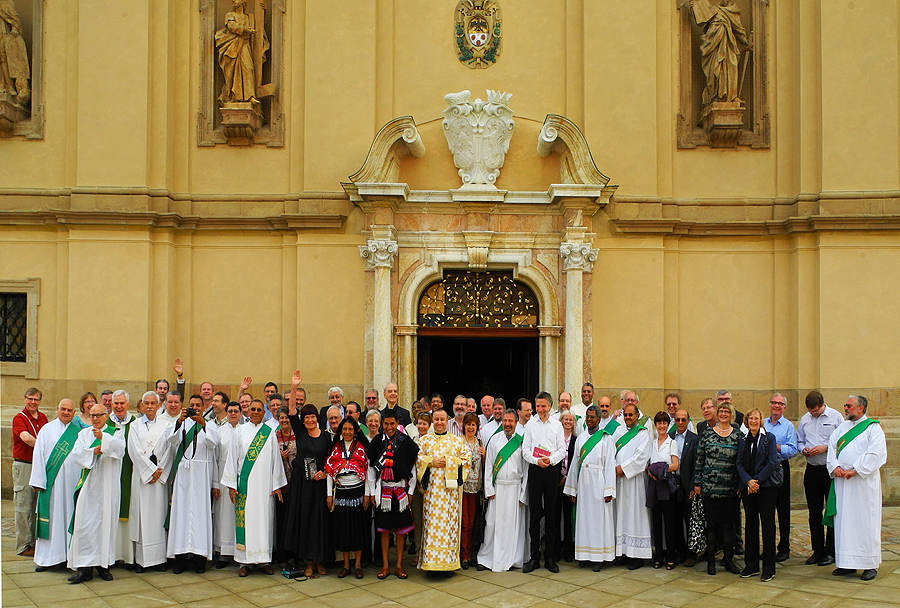 The quadrennial General assembly of IDC (International Deaconate Center, Germany) was held in June 13-16 in Velehrad, where saints Cyril and Methodius are venerated for their mission in Slavonic world. Rector of LChrA prof. S.Gūtmane and ass.prof. G.Dišlers took part in it as full members. IDC deals with social ministry of the Christian Church, topical issues in the world hit by economical and social crisis. Delegates from 30 countries participated, incl. from Vatican, Orthodox Church of Bulgaria, Africa, USA etc. Special Address from the Pope Franciscus was read for the audience. Dr. Klaus Kiessling was re-elected as the President of IDC; formerly he has worked at the Academy several years; his books have been published in Latvian. Prof. S.Gūtmane presented the concept of caritative social work at LChrA, attracting supportive discussion and questions, and she led NEC (North European Committee) workshop. Presumably the next NEC session will be held in LChrA in 2014. Several specialists were invited to cooperate with the Academy.