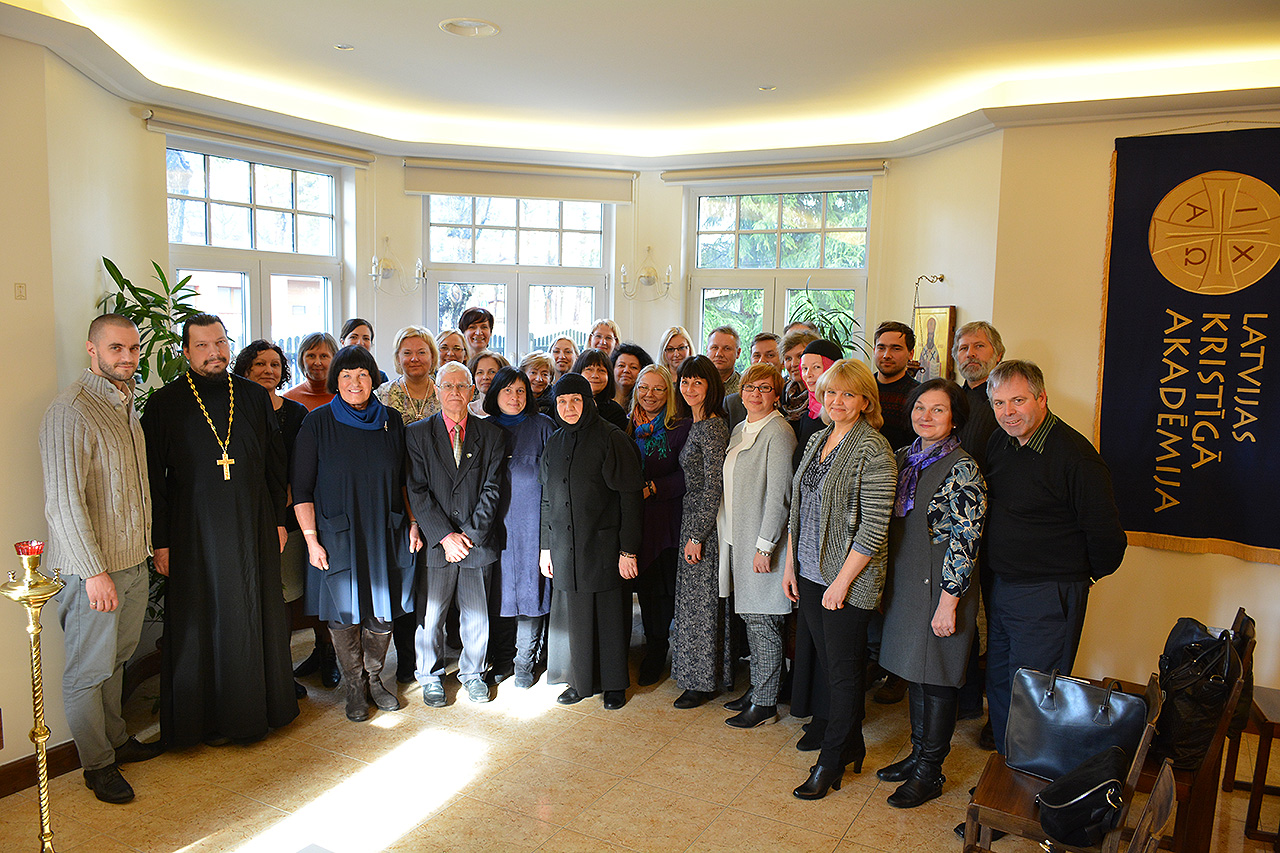 In March 31 – April 1, 2016, professor S.Horuzhy (Institute of Synergic Anthropology, Moscow) lectured at Latvian Christian academy following invitation of the Academy. Prof. S.Horuzhy is well known in international academic circles of philosophers and anthropologists, as well as Orthodox theologians. His topic in Jurmala was “Hesychasm: its genesis, philosophical context, historic developmehnt and practice”. Lectures fit well into the context of the innovative development at the Academy, offering knowledge in Patristic anthropology for theologians and helping professionals. Rector of LChrA prof. Skaidrite Gūtmane and prof. Sergey Horuzhy agreed on plans for further cooperation. After returning home professor reviewed his stay at the Academy: “My days in Academy turned into a special event in my life. My lectures were taken up by wise and attentive listeners, and my listeners became my confederates. I am grateful to Academy for scientific, spiritual and human bond that developed during my stay. Yours – Sergey Horuzhy.”