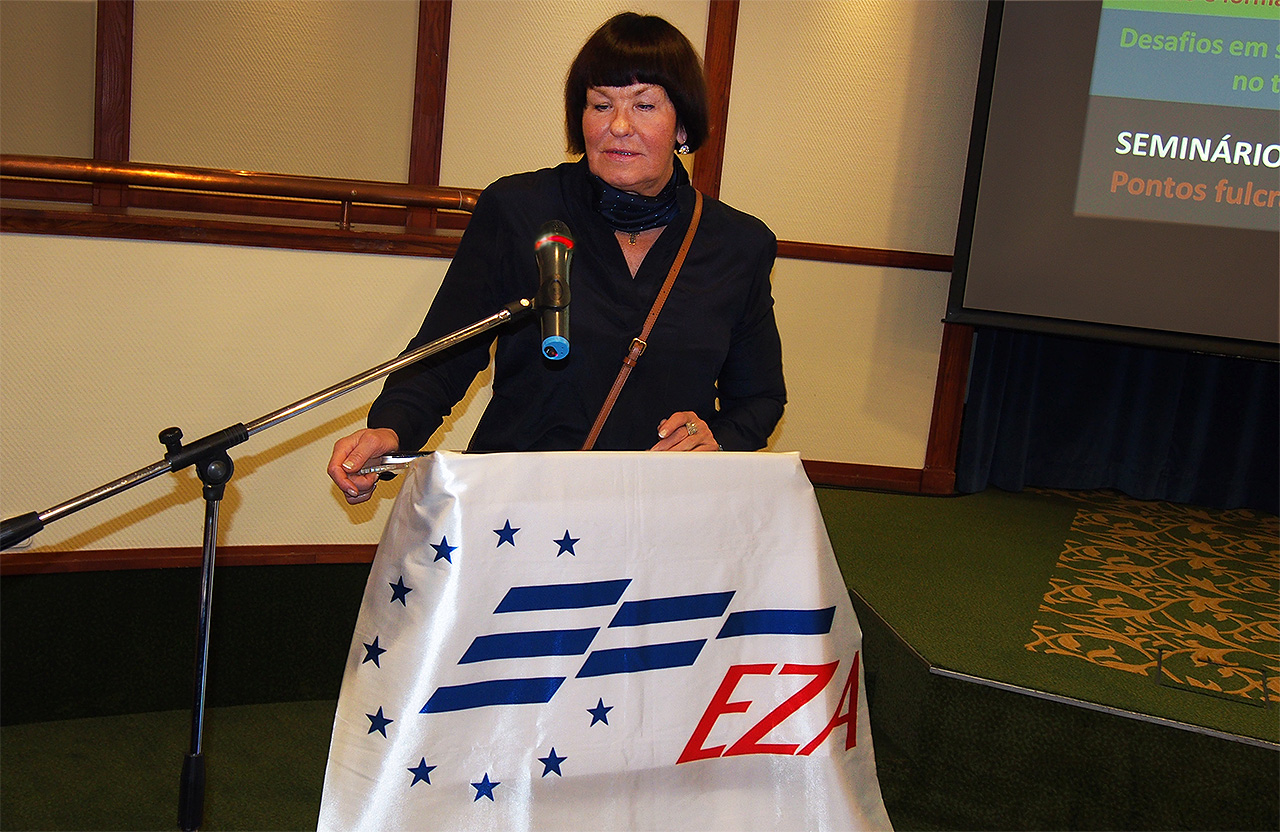 EZA (European Center for Worker’s Questions) held its General Assembly and kick-off seminar in Budapest, November 26-28, 2014. Latvian Christian academy has close cooperation with EZA, supported by EC, and its vast network in Germany, Belgium, Luxemburg, Italy, Estonia, Lithuania since Latvia joined EU in 2004. Several international EZA seminars have been held at the Academy on social dialogue issues, as we have informed in our web page. The work of EZA is aimed at creative and highly competent discussion about challenges facing development of the European society, based on Christian values. Members of the Assambly were greeted by the President of EC Mr. J.C.Junker, who also mentioned that one of his vice-presidents, former Prime minister of Latvia Valdis Dombrovskis, is in charge for social dialogue in EU. Rector of Latvian Christian academy prof. Skaidrīte Gūtmane introduced the audience to envisaged seminars in the next coming year.