European Christian Academy hosted annual international EZA (European Center for Workers’ Questions) seminar “The Future of Work in the Baltic States and Other EU Countries: Automation, Workforce Transition and Quality of Employment” in May 26-28, 2022. Experts from European Academy of Sciences, Latvian Trade Unions Confederation, Bank of Latvia, Ministry of Economics, as well as from Lithuania (Klaipeda University) and Estonia (NGO “Golden League”) took active part in the seminar. Main conclusions after the seminar describe further automation and role of digitalization of work, whereas technical progress diminishes the role of people, which was analyzed as both positive and negative development. The seminar was organized in hybrid format and was attended by 100 participants from Latvia, Estonia, Lithuania, Germany, Russia and Bylorussia, which testifies widespread importance of the topic and scope of the seminar information.

An international conference related to completion of the NORDPLUS HORIZONTAL project “Teens Without Screens: Developing Tools for School Interaction Through Arts” was held in June 7 – 8, 2022. The project run was 2 years and it was coordinated by European Christian Academy partnering with network of Finnish Universities of Applied scinces, Lahti College students’ […]

Two new books were published for the interuniversities strategic partnerships project in Social work education “Social Professions for Supporting Youth in European Solidarity Context” – Handbook and and Reader for Social work students and treachers who work with youth. Among others there are prof. Skaidrīte Gūtmane, assist. prof. Guntis Dišlers and lect. Valters Dolacis. The […]

Article on Caritative social work by prof. S.Gūtmane – in Lithuania

Work”. The article presents interdisciplinary approach to social work theory and practice stemming from the Biblical Judeo-Christian anthropology. It is practically useful view on the unique potentials of social work in modern risk society. Academic editor of the Proceedings is

Article about st. Macarius the Great

An introductory article about st. Macarius the Great (4th cent.) and his “Spiritual Homilies” as important monument of ancient ascteticism was published in prestigious Latvian philosophers www page TELOS. Here is the link (text in Latvian). Basic conceps of asceticism are described within the Christian theology context.

Latvian Christian Academy among the seven best universities in Latvia!

Latvian Christian Academy was chosen among the best Universities on global scale! Thease are GREAT news for our students, teachers and International Supporting Comittee. “U-Multirank” is a multidimensional, user-driven approach to international ranking of higher education institutions. It compares the performances of higher education institutions – in short: universities – in the five dimensions of university activity: (1) teaching and learning, (2) research, (3) knowledge transfer, (4) international orientation and (5) regional engagement. The “U-Multirank” web tool enables comparisons at the level of the university as a whole and at the level of specific study programmes.

Annual international seminar “Young qualified workers: empowerment and participation strategies in the Baltic States and EU” will be held in May 27-29, 2021. The seminar will deal with the importance of qualification for young workers for themselves and their integration and further development in the labour market, but also for social development. A key question is what steps are necessary to integrate young people successfully and sustainably into the new world of work – also taking into account the effects of the coronavirus pandemic. The employability of young people is seen as a cornerstone of social development. Particular attention is paid to the digital economy and new business models resulting from it which require special knowledge and skills. The seminar will host experts from Estonia, Latvia and Lithuania. Link to EZA webpage.

On transforming attitude towards client in Social work practice

Journal for Social work development “Sociālais darbs Latvijā” [“Social work in Latvia’] (Nr. 1, 2021) has published an article by Rector of Latvian Christian academy prof. Skaidrīte Gūtmane “Transforming attitude towards client: An experience of the Antioch anthropological and theolocial school”. The publication presents the concept of the Academy as rooted in the Christian Church heritrage. Link to the publication here (in Latvian, annotated in English, PDF).

Latvian Christian academy has received the updated ERASMUS Charter for higher education, 2021-2027. The Charter offers vast opportunities for students’ and teachers’ mobility around the world. The Charter text available here. 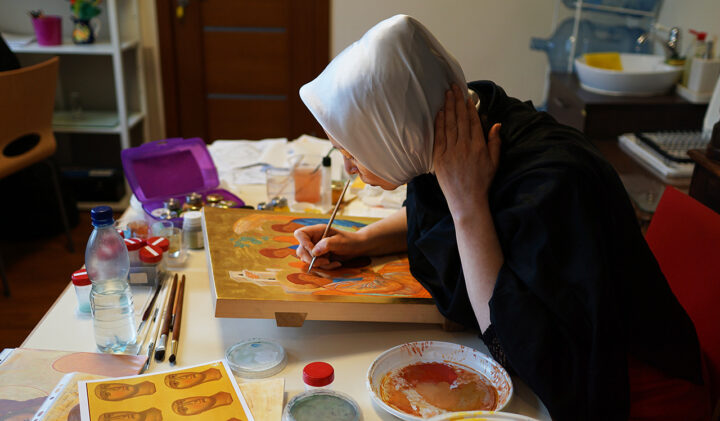 Latvian Christian Academy in AUGUST 10-16, 2020, organizes SUMMER SCHOOL IN ICON PAINTING to go through all phases of Icon painting starting from preparation of the Icon board until the final varnish of the ready painting. Summer School provides theoretical and practical basis for canonical Icon painting.
Date and venue: August 10-16, in Jūrmala (Latvia), Bulduri (address: Vienības prospekts 23), in the premises of Latvian Christian Academy.
Training fee: 250 EUR + materials. 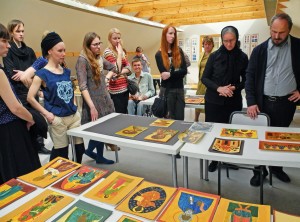 Latvian Christian Academy in AUGUST 19-25, 2019, organizes SUMMER SCHOOL IN ICON PAINTING, in which there is possibility to go through all phases of Icon painting – starting with the preparation of Icon board until the final varnish of ready painting. Summer School provides theoretical and practical basis of canonical Icon painting.
Date and venue: August 19-25, in Jūrmala (Latvia), Bulduri (address: Vienības prospekts 23), in the premises of Latvian Christian Academy.
Training fee: 250 EUR + materials.

In December 8, 2017, Latvian Christian academy was awarded for successful implementation of the ERASMUS+ mobility studies program. As we all know, ERASMUS is celebrating 30 years  in 2018, whereas in Latvia we have it for 18 years.ERASMUS+ has given an opportunity to ensure both students’ and teachers’ mobility across Europe, as well promoted involvement […]